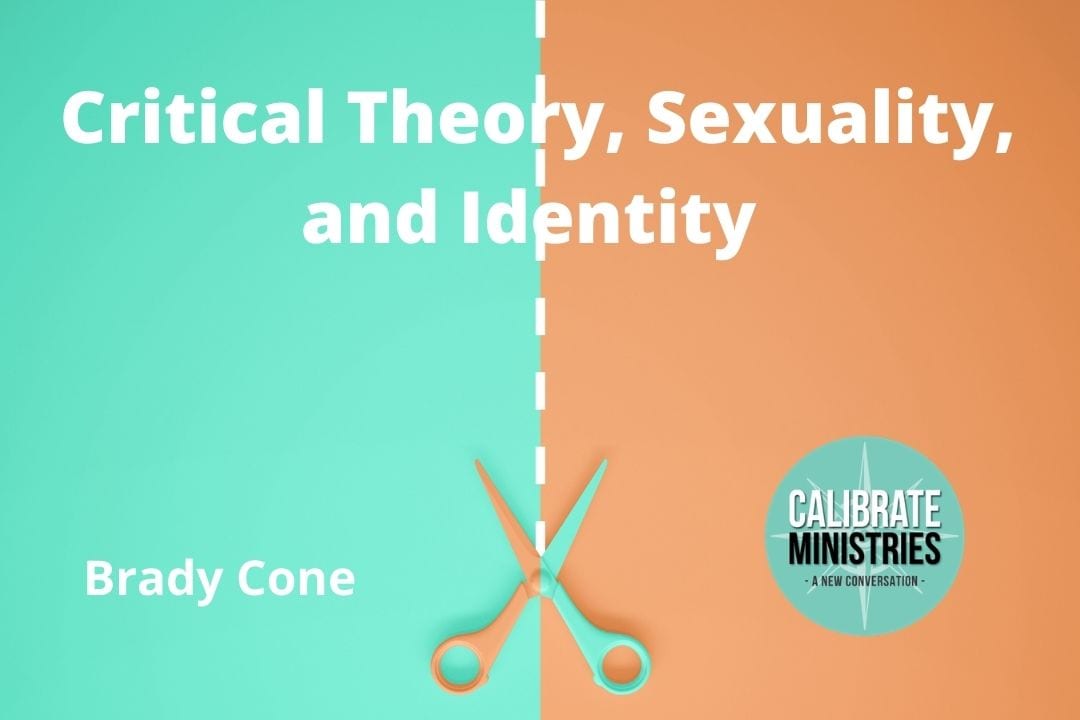 One does not have to look far to see a lot of confusion in how the issues of Critical Race Theory (CRT), sexual identity, and Comprehensive Sex Ed (CSE) intersect, so I want to give you a few thoughts and explanations.

CRT is one aspect of Critical Theory as it is applied to race. Critical Theory is an ideology that divides people into different classes and identities, and pits them against one another by assigning one as the oppressor and others as the oppressed. This ideology always ends up causing more oppression, as those deemed to be oppressors (whether it is true or not) are then discriminated against themselves.

Critical Theory can be applied in many areas, but is most commonly applied to race (CRT), gender, and sexuality. When CT is applied to sexuality and gender, it actually is not CRT, even though the ideology has the same roots as CRT.

In our secular world, Critical Theory always deems the majority as the oppressors. With race issues, the majority (white) are the oppressors, therefore “whiteness” is seen as a negative, oppressive trait. When CT is applied to gender and sexuality, being cis-gendered (adhering to the gender one was born with) and “straightness” are deemed to be oppressive (because they encompass the majority), therefore those traits become undesirable, looked down upon, discriminated against, and even something to “repent of.” When CT is applied to a culture, identity politics start identity wars, tribalism, and collectivism.

The Church is not immune. Critical Theory has infiltrated how sexuality is handled, taught, and lived out in the evangelical church. This influence of CT is very apparent in the theology and influence of celibate gay Christianity.

What is celibate gay Christianity? It is a theological understanding of the source of same-sex attraction. Whereas I would deem same-sex attraction to be a desire which needs to be put to death over the course of one’s life through sanctification, celibate gay Christianity believes same-sex desire is an emotional need which people are entitled to have fulfilled — it just needs to be fulfilled in ways other than sex. The primary method for these same-sex desires to be dealt with is for them to be fulfilled with healthy relationships and community within the Church. The problem is that healthy community and relationships cannot possibly satisfy these desires, since the desires themselves are rooted in a place of brokenness.

The expectation that these same-sex desires will be met in healthy community leads men and women to be disillusioned towards their church when they are not. Because no matter how deep and loving the community and relationships are, they are never enough. The desires are never at peace. The desires constantly are railing at them and demanding more. Romans 13:14 states, “But put on the Lord Jesus Christ, and make no provision for the flesh, to gratify its desires.” Celibate gay Christianity, instead of putting to death our desires of the flesh, actually makes provision for that desire, seeks to gratify that desire, which ultimately leads to growing that desire.

What happens when a man believes he is entitled to have these desires fulfilled but the church isn’t fully satisfying his desire for connection and intimacy with other men?  He finds creative ways to fulfill them. Naked cuddling (yes, that is a thing for Christian same-sex attracted men), celibate same-sex relationships, and becoming a part of the LGBTQ community are a regular part of finding satisfaction for these desires. These “celibate same-sex relationships” can include anything but sexual intercourse. Dating, romance, kissing. Anything to help fulfill the same-sex desires, since they do not believe the Church is doing a sufficient enough job. They claim that this ideology is still “historical Christian sexual ethics” since it believes that marriage is only for a man and woman, and sex is only for a man and woman in marriage. However, there is much about this lifestyle that is far adrift from orthodoxy and historical sexual ethics.

Celibate gay Christianity is also adrift from orthodoxy in the area of identity. This is where the influence of CT is extremely apparent. For individuals who have embraced celibate gay Christianity, their identity in their sexuality becomes paramount to their humanity. They embrace an identity of LGBTQ even though they believe they cannot act on it sexually or within marriage. This causes emotional and spiritual issues for several reasons:

1. When a Christian with same-sex attraction identifies as LGBTQ, it confuses their witness to the world. Other Christians believe that these individuals have embraced an LGBTQ lifestyle, which they haven’t. The LGBTQ community believes they are now affirming of homosexuality, even though they are not. They are using a different definition of LGBTQ language and labels than the rest of the world, which causes unnecessary confusion and turmoil on every side of the issue. They are caught and torn between two worlds which cannot coexist. Embracing LGBTQ labels and identity is failing to be obedient to “Do not be conformed to this world, but be transformed by the renewal of your mind, that by testing you may discern what is the will of God, what is good and acceptable and perfect.” (Romans 2:2)

2. Celibate gay Christians are keeping one foot inside the door of sin. By identifying as LGBTQ, they are never fully able to walk away from sin and be at peace with themselves and their struggle. They are torn, and don’t fit in either group — Christians or the gay community. This lack of peace and internal fracturing leads to disillusionment and frustration towards the Body of Christ.

3. Whereas Christians are called to “flee from temptation,” living the celibate gay Christian lifestyle moves celibate gay Christians towards temptation. Being in a same-sex (celibate) relationship and having intimate connection with someone of the same sex, they are playing a game of how close can I get to the edge without jumping over. They are looking for just enough satisfaction so that they technically aren’t living a homosexual lifestyle. But instead, it fans the flames of lust. In my experience, celibate same-sex relationships don’t stay celibate for long.

4. As Critical Theory always does; it pits one identity against another. A Christian who assumes the LGBTQ identity always feels at odds and unaccepted by his or her fellow Christians. A friend on Facebook who identifies as a celibate gay Christian recently stated,

This is what happens when an individual finds their identity in LGBTQ labels: they never feel safe in a room of heterosexual “non-queer” individuals; because they believe that they are oppressed and the heterosexuals will always be seen as oppressive. Their identity in their sexuality becomes central to their humanity, and leads them towards the feelings of oppression, tribalism, and never “feeling safe.” They are the victim, and the rest of society is their oppressor.

Contrast this to the life I experience: even though I once lived in the LGBTQ community, and still occasionally experience same-sex attraction, it is not the foundation or defining characteristic of who I am.

My identity is in Christ which leads to enormous amounts of peace:

— Walking into a room full of non-queer folks who have my same beliefs (Bible believing Christians) would never make me feel “unsafe,” because we have a common bond, identity, and brotherhood in Christ. Our common sin nature, need for a Savior, and relationship in Christ give us so much more in common than any nuance of our sin nature could possibly separate us.

Being rooted in Christ — not in my sexual attractions — gives me a safety and security that tribalism and the tenets of Critical Theory never could. Whereas Critical Theory causes division and suspicion, a life submitted to the Gospel provides wholeness and peace—in one’s own soul, and in the world in which they live.