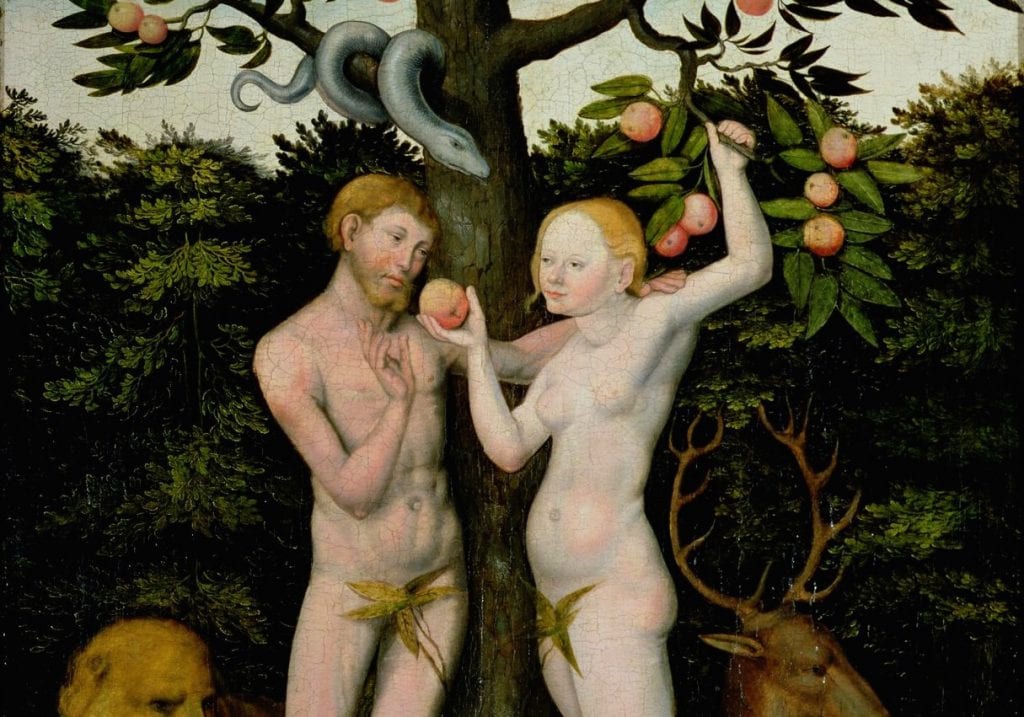 Texting conversation between a friend (who is a follower of Christ and attracted to other men) and myself while in church this morning:

Friend: My pastor is approaching the homosexuality chat today. Do they make vomit bags for church pews?

Friend: Let’s just say the phrase “It’s Adam and Eve, not Adam and Steve” has been used.

Friend: Guys in the service this morning who have SSA (same-sex attraction) were stabbed in the chest with another dagger. Just another affirmation that they are broken and unworthy of love. I’m heartbroken and livid at the same time.

After hearing about his sermon, my heart was broken for my friend who was hurting. It sounds like the whole sermon was cold, uncompassionate, and way too “hellfire and brimstone.” But, I would like to address just one line from the sermon: “God made Adam and Eve, not Adam and Steve.”

Homosexuality is a complex issue. Which means it requires complex discussions, nuanced answers, and carefully thought out responses. This “bumper-sticker-one-liner” does not cut it. It is an “easy way out” to close and end the discussion, while making the Christian feel good, thinking that they have “stood up for truth.” But, it fails to get deal with the heart of the issue: people who struggle. Christians who throw out these one-liners usually do so because they don’t want to actually engage with the people who this issue impacts. They can spit out these 9 short words, and close down the discussion. So instead of actually engaging with the issues at hand, said Christian comes across as shallow at best, ignorant and hateful at worst.

As someone who has been gay my entire life (by gay, I am referring to my attractions, not my identity or lifestyle), I have experienced how hurtful these sayings can be. Because when they have been said to me, it is clear that the Christian saying it is more concerned with being right, than caring about me.

Instead of spewing bumper-sticker-one-liners as a response to this complex issue, how should we respond to homosexuality?

Listen: When was the last time you sat down with your gay friends (which if you say things like ‘God made Adam and Eve, not Adam and Steve,’ you probably don’t have any gay friends), coworkers, neighbors, or family members and just listened to them? Listen to their hearts? Asked them to tell you their story? You can’t minister to someone (and as a Christian, your main job is ministering to God’s people) unless you know their heart, hear their story, and understand their struggles.  This isn’t about debates, politics, or just being right. It’s about people. People in the LGBT community, in our churches, and everywhere in our lives have experienced so much pain. Listening to their story, their journey, and their struggles is the first step in building a relationship that is what God had in mind when He commanded us to love one another.

Learn: If we are going to show people the love of Christ and lead them towards Jesus, we have to learn about the issues that they are facing. We need to take time to learn about what their struggles are like, what obstacles they are facing, and how we can help them through it. It takes time, effort, compassion, and sometimes having conversations that make us uncomfortable. But it is worth it, because it is necessary to be obedient to “making disciples” as Jesus has called us to do. Learn how you can help them, support them, and ultimately be the hands and feet of Jesus to them.

Proverbs 18:2 says “A fool takes no pleasure in understanding, but only in expressing his opinion.”

In closing, let me remind you of something I stay in every church where I speak about LGBT issues: “As Christians, we have to be very careful about what we say and how we say it.” We never know who around us struggles with what. You never know who within earshot is gay. The words you say can either lead them closer to Christ, or if you’re not careful, heap on more baggage and pain.

Do the words you speak build up or tear down? Do they build bridges or build barriers? Do they give people hope, or are they a dagger in their heart? When the day comes when you stand before the Lord, will they lead to your justification, or your condemnation?